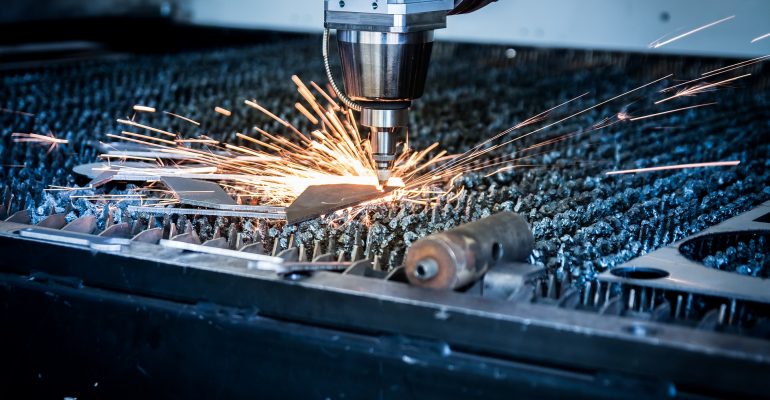 Laser cutting is a technology that uses a laser to cut materials. Laser cutting works by directing the output of a high-power laser most commonly through optics. The laser optics and CNC (computer numerical control.) are used to direct the material or the laser beam generated. A typical commercial laser for cutting materials involves a motion control system to follow a CNC or G-code of the pattern to be cut onto the material.

The focused laser beam is directed at the material, which then either melts, burns, vaporizes away, or is blown away by a jet of gas, leaving an edge with a high-quality surface finish. There are three major varieties of laser cutting: fusion cutting, flame cutting and remote cutting.

Advantages of laser cutting over mechanical cutting include easier workholding and reduced contamination of workpiece (since there is no cutting edge which can become contaminated by the material or contaminate the material).

Precision may be better, since the laser beam does not wear during the process. There is also a reduced chance of warping the material that is being cut, as laser systems have a small heat-affected zone. Some materials are also very difficult or impossible to cut by more traditional means.

2018. All Rights reserved by Pragmata Engineering